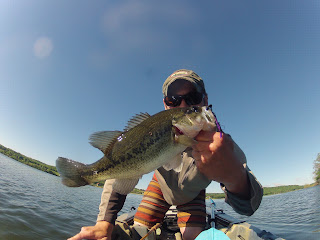 Well it's finally summer and the water is warming. I've been out in the Jackson Kayak Big Tuna catching Largemouth Bass and lots of pan fish including some nice Bluegill, Black Crappie, and Pumpkinseed. This Kayak has been awesome for poling around the shallows to sneak up on schools of fish. The stability of this boat makes it so easy to stand and fish while drifting with the wind or when fishing with Andi on the front and myself on the paddles. We are definitely looking forward to getting this boat out on the Lower Wisconsin River to hammer some Smallmouth in the coming months.

Posted by Unknown at 1:53 PM No comments:

If your like me, a fly-fisherman living in SW Wisconsin, you undoubtedly are looking forward to this coming Saturday. That is the day that our department of natural resources says we can trout fish again on inland streams. After the doldrums of winter slowly come to an end, most of us will hit the streams again, hoping that we will be the only one that knows about the special spot where we saw that really big fish. If we are lucky, another fisherman will not be eyeing that whole when you get out in the morning. If your really lucky, that same big fish, or another will be sitting in that likely lie, waiting for a meal to swing by. Chances are though, you won't be alone, and an even larger chance exists that that big fish has found another less likely lie that is providing it more cover. There is always the reality and the unreal situation that exists in fishing. A better fisherman than me once said, "it's not the fish we are chasing, it's the unknown". So I tip my hat to all of you who are as excited as I am about the possibilities that come with opening day of early catch and release season. I hope to run into none of you, yet if our paths cross, I'll understand. It's going to be a great season.
Posted by Unknown at 10:34 AM No comments: 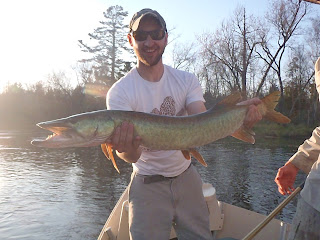 It had been a long day of throwing huge flies at these fish, I was glad to finally hook up at the takeout.
Posted by Unknown at 8:17 PM No comments:

Up until two weeks ago the water temps had been too cold to get hopes of getting into some decent size pike. The spawn is well over but the sun has not been shining enough to bring these larger fish out of their post orgasm lull. The first week of May changed that. A friend of mine and I took to a bay in Lake Wausau  for some spring Pike action. We hit the water around 4:30,  Eric lamenting that the 5:00 bite should be good. I just wasn't prepared for 4 Pike in an hour good. The first two were smallish  but after I got those   hammer handles out of their ambush site I was able to land two nice fish both over 30 inches. 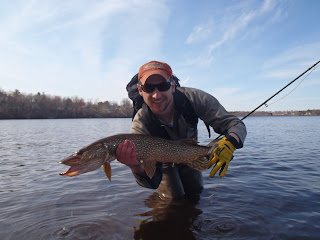 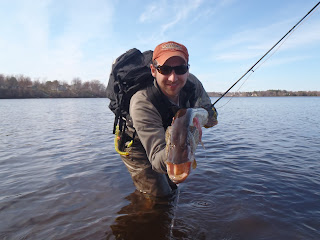 Sometimes You Just Gotta Get Out Of Dodge

Sometimes you just got to get the hell out of wherever you are and go someplace else for a change. Andi and I flew into Denver and spent a week out in the Gunnison/CB area.
Skiing was awesome and as always the snow was fantastic. We drove through Monarch Pass in one of the worst snowstorms I have ever drove through. Surely my Wisconsin upbringing enabled me to navigate the fast accumulating snow and whiteout conditions. Yet, once we awoke in the loft the next morning everything in the mountains was covered in beautiful white powder.  Thanks to all the AK West crew who put us up and helped to make sure we had a fantastic time. I can't wait to get out to the mountains this fall so we can experience everything this great part of the country has to offer throughout the seasons. On our way out we drove through the mountains following the Arkansas  River through the canyons. What an absolutely beautiful river (wish I had packed that fly rod). It was a great trip and Andi and I both look forward to getting back out to the Rockies. 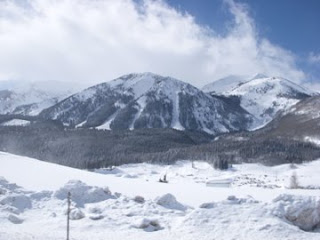 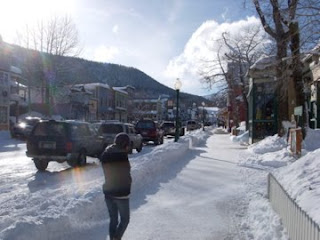 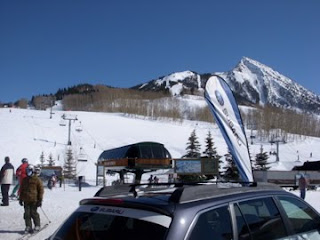 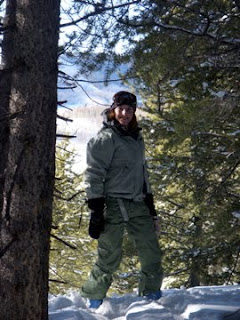 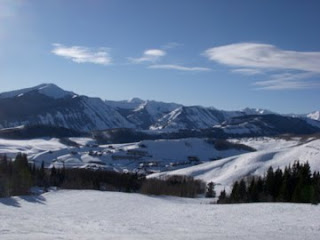 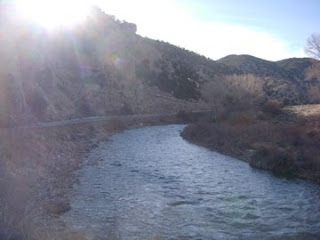 Posted by Unknown at 2:35 PM No comments:

The Lombardi Trophy is back in Titletown USA!

if you did not know, up here in Sconie nation, it just got a whole lot warmer.
Posted by Unknown at 3:43 PM No comments: 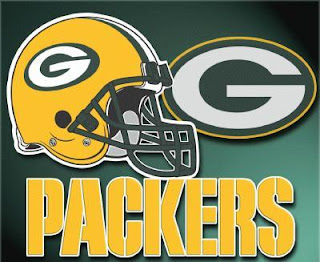 To all those I encountered last year...I told You So!
Pack is back and they are ready to roll right on down to the Super Bowl!
Go Packers! oh yeah and the Bears still suck!
Posted by Unknown at 6:33 PM No comments: